Why Major Shipping Lanes for Global Trade Are So Important 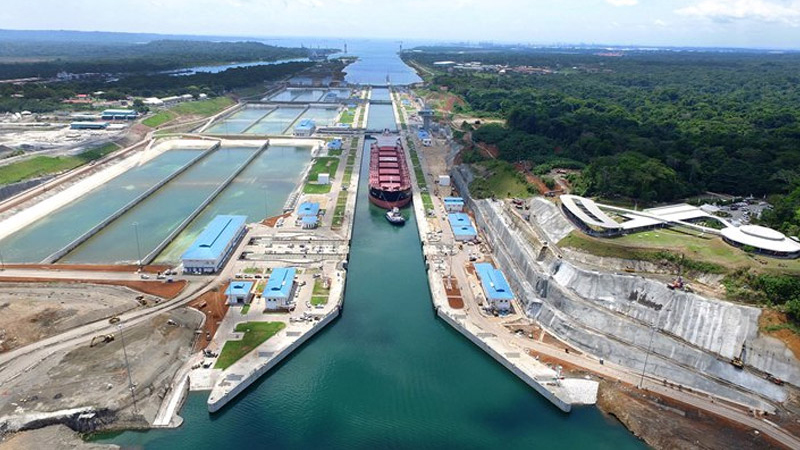 According to the United Nations Conference on Trade and Development (UNCTAD), 80 percent of all globally-traded products are transported using ocean shipping services. Maritimes trade is a major component of what makes the world operate. The vehicle you drive, the fuel in your vehicle, the clothes you wear, the mobile device in your hand, and the television you watch are all mostly produced overseas. While you may have considered where the product was made, have you ever thought about the importance of the shipping lanes for global trade, which ensure safe and fast delivery?

To fully understand what makes the world go round, you must learn more about which lanes are the most popular and why they are so critical for the global economy. Keep reading to learn more!

Located as a link between the Black Sea and the Marmara Sea, which connects to the Atlantic Ocean, the Bosphorus Strait creates the boundary between Europe and Asia in the center of Istanbul, Turkey. The straight is 19 miles long, up to 408 feet deep, and has a maximum width of 2.3 miles Over 48,000 Cargo ships, chemical tankers, livestock carriers, bulk carriers, and liquid petroleum gas carriers pass along its shores each year.

Considered to be the busiest shipping lane on Earth, the English Channel is a body of water separating England from France that connects the Atlantic Ocean with the North Sea. At 20-150 miles wide, 350 miles long, and up to 400 feet deep, the English Channel sees around 500 ships per day pass along its currents. This makes it the most critical shipping lanes for global trade in Europe. The Strait of Dover, which is the narrowest point of the Channel and connects the North and Baltic Seas, pushes along 400 vessels per day.

Created by man to reduce transit times between the Atlantic and Pacific Oceans, the Panama Canal is around 50 miles long and 10 miles wide, thus taking around 10 hours to travel through. Before completion in 1914, ships had to sail around the southern tip of South America, which increase the journey by up to 8,000 nautical miles.

In 2016, the Panama Canal expansion became available which allowed cargo ships transporting up to 14,000 TEU’s to move through a system of three locks. Over 14,000 vessels navigate through the Panama Canal every year carrying canned and refrigerated foods, lumber, chemicals, vegetable fats and oils, grains, and machinery parts.

At its narrowest point, the Strait of Malacca is 550 miles and is the fastest route between the Indian and Pacific Oceans. This strait links giant Asian economies including China, India, Indonesia, Japan, Malaysia, Singapore, South Korea, and Taiwan making it the second-busiest waterway in the world. Each year, over 83,000 vessels traveled between its points, and the Strait of Malacca saw 16 million barrels of oil flow through per day in 2016.

Opened in November 1869, the 120 mile, manually built Suez Canal opened its gates to create a short route between the Atlantic and Indian Oceans. Before this route was created, ships had to travel around the southern tip of Africa adding 24 days of transit time, instead of the canal’s 16 hours. It is one of the world’s most heavily trafficked shipping lanes for global trade with over 100 vessels gracing its waters daily. In 2017, over 900,000 tons of cargo passed through the Suez Canal.

These global shipping lanes are critical to keeping the world operating. If they did not exist, travel times for food, raw materials, products, and other goods would take considerably longer which would significantly drive up prices. Next time you purchase a shirt that is made in Europe, think about how much these shipping lanes have helped get the product to you quickly and affordably.