The Indian Roti in Singapore and Malaysia 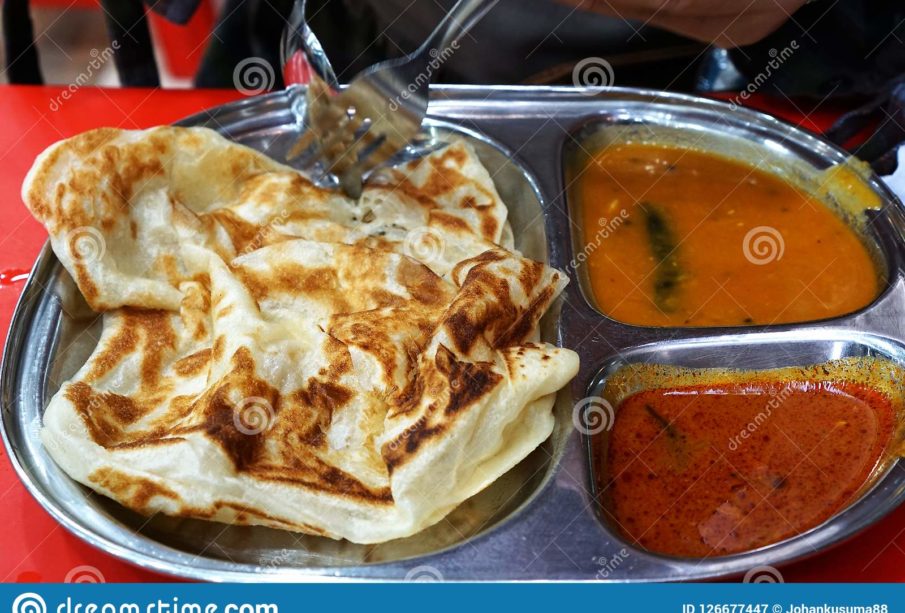 Everybody knows that roti or paratha is originated from India or Indian subcontinent and till now dominates the kitchen in the Indian subcontinent. Roti with its various types and forms, tastes and flavours, can be found in almost all cuisines and restaurant such as Rotimatic in the Indian subcontinent as well as across the world. However, over the period, people of different countries in the world have developed their won types of roti with their own names and brands which are getting popularity with an independent identity. One such roti recipe is the Singapore based and Malaysian roti recipe named Roti Prata. People in Singapore and Malaysia say that the roti prata has either Indian Punjabi origin or invented by some Muslim conquerors who invaded India in the ancient period.

The Malaysian and Singaporean Roti Prata:

The word “prata” has been derived from the word “paratha” which is the Indian flatbread which is still called in the same name of paratha. There are two basic types of prata available in Singapore and Malaysia namely the plain prata and prata with egg. The roti prata is perhaps the most popular and preferred breakfast recipe in contemporary Singapore and Malaysia.

Ingredients and Making of Singaporean and Malaysian Roti Prata:

The roti prata in Singapore and Malaysia is made out of whole wheat flour, salt, and margarine or ghee. In the process of making the dough, water is poured over the flour gradually the same as the process of making roti and then it is kneaded. The preparation of roti prata dough with adequate care to make it more soft and pliable is the speciality of Singaporean and Malaysian roti prata. The professionals who have expertise in making roti prata say that adequate and appropriate kneading of dough will eventually create air and make the dough lighter. Once the dough kneading is completed, the dough is further divided and made into small pieces of balls and kept resting for five hours or even for overnight.

Eventually, the flipping of dough in a typical Singaporean or Malaysian wayside restaurant is always fascinating for the curious passer-by locals or the tourists. The roti prata-men always grease the worktable with cooking oil before the flipping and then keep the dough flattened before getting them artistically to swift movements. The most interesting part of watching the process is when the prata-man stretches the piece of dough left and right until it gets paper-thin with great artistic skills and lightning speed. Usually, the skills or stretching make the roti prata five or six-time bigger than its original size. The popularity of roti prata can be found from numerous reviews of the food lovers across many cuisines online review such as Rotimatic reviews.