Overwatch: Why Gravity Flux is the imbalanced ability 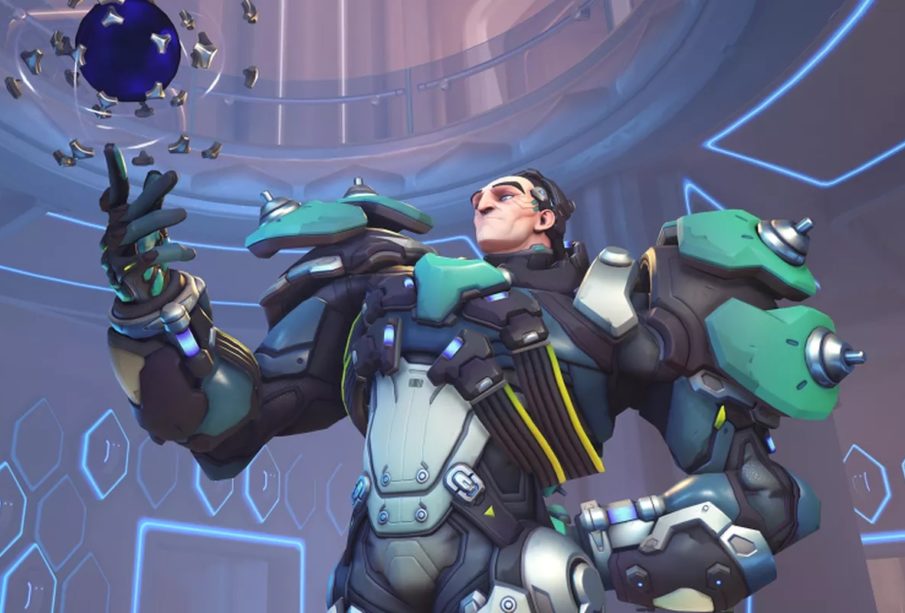 Gravity Flux is the ability that changed Overwatch forever. After activation Sigma is receiving the ability to fly across the battlefield and by the second activation he suspends everyone in the large radius up to the skies (for approximately seven meters) and then smashing them into the ground. This ultimate ability is dealing 50 damage points while Sigma is lifting enemies, and then 50% of the max HP upon the crushing them down. Long story short – Sigma could one-shot everyone who are below 50% HP, and that is an incredibly scary ultimate ability that is combining insanely strong CC effect and awesome damage. On youtube, you could easily find the best collaborations of the Gravitic Flux with the other DPS ultimate abilities that will not leave a chance for your opponents. Unlike Zarya’s Graviton Surge, Gravitic Flux is much easier to land.

Sigma does not have any mobility but while he is casting an ultimate he receiving an ability to freely fly across the map. This is a two-edged sword, from one side you are receiving an opportunity to see the whole battlefield and see every opportunity to use your ultimate, from the other – you are notifying enemies that you are going to slam them down and indicate yourself as an easy target. Every Sigma player must decide precisely if you want to back off a little or unleash the power of gravity upon your enemies right now, without the fear of being focused immediately after using Gravity Flux.

As any other Overwatch hero, Sigma requires a thousand practice hours to learn the full potential of the hero. It is a projectile-based hero and you need at least a few games to learn how to play this hero in the best way. The more you play the better you will be, the secret of playing Sigma is in the correct landing of his abilities. This is a hero that could easily turn the whole fight and if you will use his abilities with the most efficiently, you will be able to peel enemies from your supports. Double Barrier is a new meta, but it already divides the whole community into two camps. One – who appreciated it for destroying the GOATs composition and bringing back the classical vision of the Overwatch. Second – who are do not satisfied with the current state of the game and the fact that there are too little heroes that could counter such a team composition.

The second camp is clearly winning the war, due to the fact that they right. Right now only Doomfist could be efficiently used to counter such strategy, but Overwatch is more Moba than Fps, so it must be built around of pick and counterpicks, ask anyone, even boosters from https://expertboosting.com will approve this information. Such an approach is killing the very idea of the game itself. Why do you have an opportunity to counter pick enemies right during the match, if you do not have ane heroes to pick? This seems senseless to me and I hope that Blizzard would notice that giant flow in the Overwatch current game design and slightly fix the whole situation.

So when you are playing as Sigma you need to determine your personal playstyle immediately. Sigma is a hybrid of the Offensive and Defensive champions and you need to find the right balance to bring the most profits from playing this ultimate hero. You must act as a heavy damage dealer and the protective peeling tank in the same way. With this toolkit, you could easily do both. Unique mobile barrier, strongest CC ability (if you will be able to hit enemies with Accretion), Mitigation skill and Ultimate ability that will turn the whole flow of the game.

But do not forget that you need to prioritize tanking over damaging, after all, you are off-tank whose main goal is to keep your allies alive and soak as many damages as you can. Do not forget that you have Kinetic Grasp to neglect the effects of the most ultimates in the game and the right usage of this ability will definitely break the spirit of enemies.