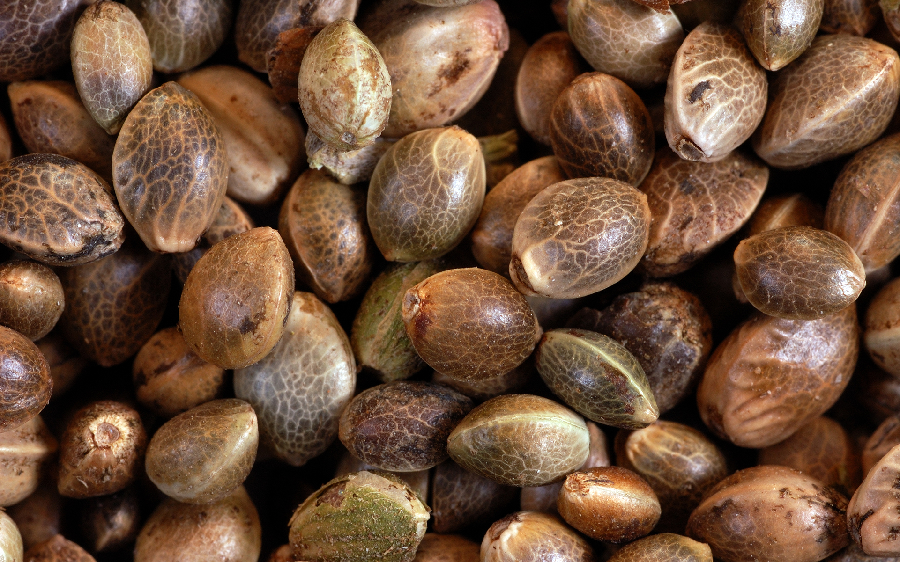 Weed is usually grown from one of two sources; a seed or a clone. The seeds carry genetic information from two parents that is generally expressed in various combinations. Some seeds express themselves like the mother, others like the father, others like both. In commercial production, weed producers plant many seeds of one strain then choose from the best plant. They then clone from the best plant, allowing for consistent genetics during mass productions.

In wet climates, you can plant the seed in an outdoor garden.

The seeds can either be male or female. The male plant pollinates the female flower, after which the female plant produces seeds. The female plant begins to die once the seeds are mature. The seeds either drop to the ground and germinate, are harvested and processed into seed oil, or sown to produce more of their kind.

The buds found in medical centers or recreational stores are produced when the female plant grows in an environment without the male plant. This is to hinder pollination, thus inhibiting seed production from the female seeds.

Some seeds can produce both male plants and female flowers on the same plant. They are called hermaphrodites and sometimes can self-pollinate to produce seeds.

A weed plant can be reproduced through cloning or asexual reproduction. A clone is very identical to the plant it was taken from, called mother. With cloning, you don’t have to get new seeds; you take a cutting from the old plant and grow it.

Here are the seeds we are going to discuss

These seeds produce only female plants. Feminized cannabis seeds are produced by causing a hermaphrodite condition in a female weed plant, resulting in nearly identical seeds. This is commonly called ‘cloning by seeds,’ thus not producing any male plants.

Auto flowering cannabis seeds are easy to grow, and one does not need to worry about how much light a plant receives. Most plants begin flowering when the amount of light they receive is minimized.

Outdoors, they flower when the sun sets very early in the day. Plants growing indoors will flower when exposure to light is reduced from 18 to 12 hours.

CBD is a chemical component found in a cannabis plant. Interest in CBD has grown, and many breeders are now crossing high CBD hemp with cannabis. These weed seeds for sale are available in dispensaries and online. A grower who wants a plant with a high CBD ratio will have to grow from a tested clone or seed.