✕
Sunday, May 16
Home›Auto›Kia Seltos – The best mid-sized SUV you can buy?
Auto

Kia Seltos – The best mid-sized SUV you can buy? 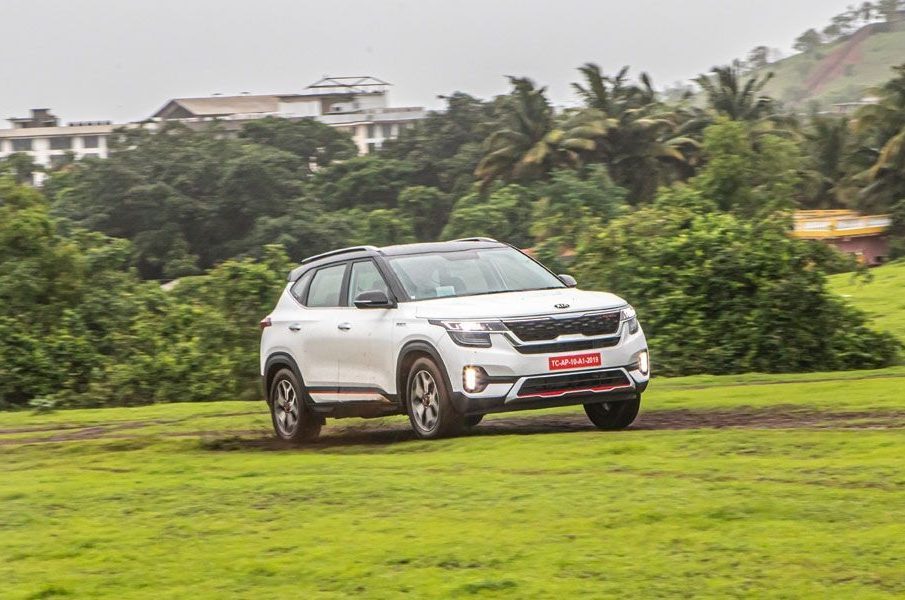 It all started with the Kia Cars SP Concept that drew a lot of attention, and eventually reached its production stage, with Kia calling it the Seltos. This is essentially Kia’s first offering for our market – and it seems to have taken off really well in what has proved to be one of the most competitive SUV segments in India, particularly with the Hyundai Creta in sight. And while both, Hyundai and Kia share the same bloodline, they’re both independent brands and compete with each other.

Both, the new Seltos and Creta share the same platform, and both SUVs share the same powertrain and drivetrain options that are all-new and have been made BS6 compliant. It comes with a 1.4-litre turbo petrol, a 1.5-litre naturally-aspirated petrol engine and a 1.5-litre diesel engine, with options of a 6-speed manual, a CVT and a 7-speed dual-clutch transmission.

Great to look at

The Kia Seltos is well proportioned; there are no flaws in the design, and it has good road presence. Up-front, it gets the tiger-nose grille, flanked by huge headlights and a sporty-looking bumper, giving it a rather distinctive look, and the detailing in the grille further adds to its appeal, with the chrome borders. The full-LED headlamps and slender LED turn signals, along with the cube-like fog lamps are nice design elements, and you’ll also find an LED strip running the width of the grille, between the headlights. It is sold in two styles: Tech Line and GT Line. The latter can be identified from its crystal-cut alloy wheels, red accents and GT Line badging. It also gets red brake calipers at the front. The 17-inch wheels fill up the wheel arches and the contrast roof gives it even sportier look. The tail section is tidy and looks great with its LED tail lamps, and the scuff plate gives it a rugged look.

The cabin in question

Stepping in and out of the SUV is easy. And the driver has a good view from the seat. The seats are comfortable, and the cabin quality is exceptional. Fit, finish and all the plastics could have you mistake it for being a European product. It gets leatherette seats, a flat-bottomed, leather-wrapped steering that feels great to grip, and some of the soft-touch plastics have certain feel-good factor. Everything feels solidly built, right from the dashboard to the door panels. While the Tech Line models feature black-on-beige interiors, the GT Line sports an all-black theme. And the stitching on the steering, gear lever and seats is beautifully done.

Space on the inside is similar to that of the Creta, and headroom at the rear isn’t so bad with enough width for three occupants. The seats can be adjusted well, but thigh-support is a bit disappointing. Also, the backrest can reclined by 6 degrees, while the huge rear windows give the cabin an airy feel. In terms of features, it is equipped with a 10.25-inch touchscreen infotainment system that gets Android Auto and Apple CarPlay, Kia’s eSIM-based UVO connected tech that has 37 features, a powered driver’s seat, an electric sunroof, 400W Bose sound system and auto headlights, among a host of other goodies.

Pedal to the metal

We’ve driven the 1.5-litre diesel engined model that produces 113bhp and 250Nm of torque, synced with either a 6-speed torque converter automatic or a 6-speed manual. The diesel engine is surprisingly very refined, and you can barely hear it when it’s idling. You can doing three-digit speeds with the throttle floored, and you still won’t be able to hear much. The diesel Seltos is quite quick with the engine pulling effortlessly, and there’s barely any turbo lag that can be felt. Both transmissions work efficiently, and the auto ‘box works well in urban conditions. Acceleration isn’t impressive, since the engine has been tuned keeping in mind drivability and frugality. Power delivery is linear, but can’t match the turbo petrol for sportiness.

It’s hard to fault the Seltos, for it nails it with its stylish design language, top-notch quality, the number of features on offer, the well setup suspension that provides great comfort over bad roads, and of course, the way it feels from behind the wheel. And let’s not forget, the Seltos has been priced competitively, making it draw customers to showrooms. Also, grab the latest info on the new cars in India, only at autoX.